Skip to content Skip to main menu
Home › Medical Questions › General › I have night sweating, headache, hot and cold flushes, I don’t want to keep taking tablets as I am pregnant? 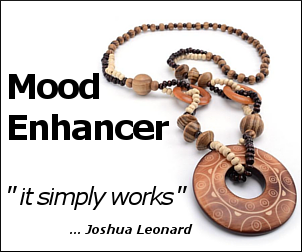 I’m 27 year old female, generally fit, I’m 12 weeks pregnant and have been unwell for the last 3 days taking paracetamol which does not seem to help at all. I went to the Drs Monday after being up every hour in pain ached all over kept drinking water hoping to flush my system through, got to the Drs sat in the waiting room and had to leave As I came over very hot and felt funny so I got myself and my 3 daughters back in the car and drove home. Tuesday I had an appointment first thing so made sure I went I told the dr I was certain I had tonsillitis as had seen white at the sides of my throat he told me it was laryngitis and that he didn’t feel antibiotics was necessary to take paracetamol and go get some dissoluble aspirin from the pharmacy to gurgle and that it would go within a couple of days. The pharmacist refused to sell me aspirin as I’m pregnant she said I either needed prescription or I could buy it off the shelf but she put me off the idea so I stuck to paracetamol and nurofen. Today I woke up still have a headache I was up from 2-4 in the night sweating that much I had to take my top of as it was sticking to me. I woke up with a headache and ears that feel as though I have an earache on its way. I’ve been having hot and cold flushes all day slept for 2 hours why the children were at school, my body keeps shaking and it hurts, my neck hurts the most turning it to the side up or down. I now have a cough on its way and keep being sick bile I have managed to eat but only a little all day I don’t want to keep taking tablets as this is unlike me and I’m pregnant. My hands and feet keep going really cold why the rest of my body is warm. Any advise would be greatly received.

Hi and welcome to questiondoctors.com
It seems like your body is fighting against an infection..could be a throat/chest or just flu virus..
The best is to start intensely taking vitamin C as an immunity booster..hot drinks (anise) and eating lemon..orange and guava …
If you develop fever then it is time for antibiotic i.e (megamox)
If your symptoms did not get better get a chest xray CBC and ESR …see a ENT or pulmonologist.