Question: Hello. I am suffering from vaginal bleeding. I gave birth about a month and a half ago by C-Section. I had bleeding for about a week afterwards. Then it stopped for about 2 weeks and then it started again daily about 2 weeks ago. Can this be due to blood clotting or is this normal after a c-section? I have uploaded CBC, PT, INR/PTT results for you. Thanks again ahead of time for your answer or help.

Answer: Based on the information you have provided you seem to be suffering from postpartum hemorrhage and from the docs you sent they do indicate some type of blood clotting disorder  raised prothrombin time (PT) and international normalized ratio (INR). This needs to be examined and treated immediately. I recommend you go to an ER or hospital. The following tests need to completed: blood, liver function tests (LFT), urea, creatinine, platelet count, bleeding time (BT), clotting time (CT) prothrombin time (PT) and activated partial thromboplastin (APTT) as well as an USG (ultrasonography) . Administration of IV antibiotic as well as FFP transfusion and blood reserve will probably be required. 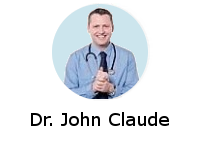 Question: My wife had a cervical stitch procedure done in the 19th week of pregnancy. She is now almost 37 weeks old and doctors oppose the removal of the suture. The last time the cervical length measured in week 23 was 36 mm. We suspect that he did this to encourage the delivery of a caesarean section. Do we have to get a second opinion in this case? My wife does not like going to cesarean section unless absolutely necessary. What to do now?

Answer: After inserting the cervical suture( to prevent pregnancy or premature birth), the goal is to remove it after the woman enters the latency phase or works actively in the workspace. There is no reason to have it withdrawn earlier so she can return home because this renews possibility of labour.. Once again, it is not related to cervical suture. If the baby is in proper position delivery must be performed. But if there is asynclitic (first shoulder) or non-progressive labor or fetal burden at birth or a tight neck strap, as determined by ultrasound and based on NST (non-stress test), then only cesarean section is planned and not due to the cervical suture. So she is right not to get rid of it now and continue with intent to deliver. You can actually wait until finished 40 weeks plus 3 days to start natural labor.

I haven’t had my periods twice but have taken home pregnancy test but they are negative. Is it possible that tests are inaccurate? What kind of testing should I do?

I left my teaching position to return to school and as a result I had to change medical insurance. I had (—) all docs are in network. This meant I needed to find new doctors as of December. Four months ago I started having issues of bad bloating, abdominal pain, weight gain, distension, spotting white tissue, fatigue, and brownish -reddish discharge during sex. I had to establish care with new doctors. This began April 30th. End of May I had a pap smear with new ob/gyn and he said everything is normal. I was still experiencing all the symptoms above (coffee grind specks when wiping and white tissue not enough to wear a panty liner and brownish discharge during sex). I scheduled another appointment to follow up on the continued issue of irregular discharge, but I canceled due to travel.

On Friday June 22nd while out of state I passed an enormous mass on what would have been the first day of my cycle. One ended looked like gray chicken skin covered in the coffee grind discharge mentioned earlier and the other end a long uterus shaped clot covered in the mysterious white tissue mentioned earlier. I passed a tremendous amount of blood that day. I consulted my new doc’s office and they said to go to an ER in that state or wait and see a different doctor in my hospital group first thing Monday. After a urine test second ob/gyn dismissed it as a polyp and said I wasn’t pregnant. On 6/29 a transvaginal ultrasound showed a 1 cm mass. My ob/gyn said it looks like a miscarriage/endometrial cast but he was unsure. He sent me for a hysterosonogram the following cycle. On the first day of that cycle 7/14 I passed more tissue. The last 5 pictures in the collage. Hysterosonogram 7/24 came back no signs of mass. I had odd smells up until I passed the last tissue. Ob/gyn says it wasn’t a polyp, but he doesn’t know what it was consult a new physician in my new state of Ohio. I moved 2 weeks ago. Did I have an early miscarriage?

Age: 32
Female
Medications: Vitamins
General Information: I am not on birth control. Took a morning after pill early June. After the initial symptoms weeks before passing the tissue on 6/29. I dilated and had contractions and cramps

My last menstrual period was on July 5th lasted 7 days i had unprotected sex on July 17 .. i started spotting on August 1st 4 days before my period , the spotting lasted 2 days.. not sure if that’s implatantion bleeding? Or just a sign that I’ll be getting my period.. I’m a day late on my period. Took a pregnancy test today came back negative.. how many days should I wait to retake the test? Or am i not pregnant?

I’m 39yrs old and have 4 children. I have been on my menstrual cycle now for 3wks. It has stayed at a consistent heavy flow the entire time. I’m wearing super tampons and having to change them at least 6 times or more a day. It doesn’t seem to be slowing at all. My normal cycle is 5 to 7 days with the 1st 3 very heavy and then slowing dramatically the last 3. I’m starting to worry. What can I be?

I have been using the Gynera oral contraceptive pills for more than 2,5 years now. Just this past weekend I started again with a new pack but someone I have some rather heavy bleeding and some abnormal blood clotting. What could be the cause of the heavy bleeding and clotting?

Age: 31
Female
Medications: Gynera, Vexal, Depakine
General Information: I have gone open water diving last weekend and ever since the weekend it has been like this. I had some spotting only last week Thursday and Friday. Saturday it was a little more and then after the diving it has just been an abnormal flow

Hi I need some help,

My wife and I had protected sex on the 26th January using a condom, after ejaculation she was “getting off me” and as she got up the condom slipped off I however pulled it out of her, when I did this the semen leaked on my leg.

We didn’t want to take any risks so she took ellaone MAP less than 12 hours later. Approx 8 days after sex we did a pregnancy test which was negative. She usually as her period around the 17th of the month, she was 14 days late and has no other side effects. After some time she finally had per period successfully on 8th March. The MAP really delayed her period.

She then had her next period okay in April, However it is now May and her period is 5 days late so far.
We have had sex in April but have been very very careful checking each condom after sex to ensure it is intact.

Pls can you advise could she be pregnant or can MAP cause future period’s to be irregular? She has no symptoms of pregnancy

So it the strangeness started with a late period. I also started to have nausea, minor headaches, and fatigue. Six days later I get my period although it’s shorter and lighter. The nausea, headache, and fatigue continued. A month passes and over that time I also started to get this pressure/heavy kind of feeling in my uterus, like it was expanding. I’m starting to get a little freaked out because I’ve been feeling strange for a while with little change. I didn’t think it was pregnancy because one unfortunate instance occured a day or two after what I calculated to be when I would have ovulated (although I’d been irregular the 3 months prior). I finally decided to get a $1 test just to make sure and it came out negative. I’m feeling relieved but I still felt strange, something was still wrong.

Three days later I start my period, but it’s very strange. Day 1 was pretty normal maybe heavier than normal but in late morning of day 2 I started passing clumps (not like the ones I would normally get at the end of my period, they were larger and looked a little different, like tissue). The first two were pretty normal but they kept coming getting larger and more frequent. Towards the end I had to go to the bathroom every 20 minutes or so to pass 7 cm clumps. There were about 7 clumps in total 4 of them were large, 3 of them were very large about 3″ clumps. I was also cramping very bad. I normally only cramp the first day and if it’s bad enough I’ll take some medicine and I’m usually fine after that. Not the case, even after taking medicine it was still very painful. The clots stopped after 5hrs, I felt completely drained emotionally and physically (my uterus felt bare/empty). My period continued for 3 more days. The other symptoms I felt over the month subsided after that. What was wrong with me?

Age: 24
Female
Medications: None
No
General Information: Haven’t felt symptoms or had a period like that since.

Around the week of October 20th I took plan b (emergency contraception) 2 times. A couple days after the second time (maybe around 10/26) I got a short period, I have not had a period since, can this contraception mess my cycle up that much? Up until then i had a normal cycle, of course I have been stressing worrying about it but I have taken many pregnancy tests up until yesterday and all are negative. I just can’t believe it’s been two months with no period this hasn’t happened before after taking it.

A case of bilateral hydrosalpinx , did tubal disconnection followed by failed trial of In vitro fertilisation (IVF).
After 4 months , hysterosalpingogram (HSG) to confirm the tubal disconnection and here the image .
I would like an advice from a radiologist.
Thanks so much.
Female 36 years
a case of infertility

I am currently 8 weeks pregnant. I am wondering about the harms of burning charcoal in the house. I have family members who smoke and although they smoke outside now, they burn the charcoal in the kitchen several times a day before taking it outdoors. Can this harm my baby if they are not actually smoking indoors and its just the burning of the charcoal?

I am 52 years old and stop having my period a year ago. But for the last 2 weeks I’ve felt that butterfly feeling you get when you first feel a baby kick. If I look hard enough I can sometimes see a jump in my stomach Its off and on most days especially at night. I’ve had 2 children and swear it feels exactly the same. I’ve taken 3 home pregnancy test and all were negative. The slight fluttering is on my lower left side just above the bikini line and below the belly button. What could this be? I’m also on Adderal and I saw online that can cause false negative results. Also about 2 months ago I did have some slight bloody discharge for a few days but not a real period. Went to a clinic to be check for Std. Which was negative. 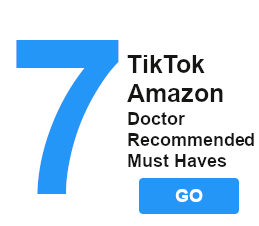