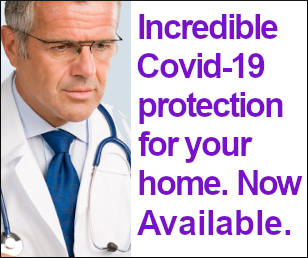 going to bed at 10:00pm …waking up at 1:00am with chills that last about an hour …try to go back to sleep but my mind races over and over about some random event. When I get up the next morning I have a headache and my whole body feels terribly achy …..painful to even walk around….ruins the whole day
This has been happening once or twice a week for about a month now…..doesn’t happen every night
and I only get the chills at night….the last time i thought I was going to vomit but didn’t …the feeling went away

Shifted hips running playing soccer . Lost all leg function temporarily . Now I have shooting pain when bending or moving . When I walk certain steps my legs give out. It takes 10 min to walk to rests room. Rolling over in bed requires a certain route or it’s noy possible. I tried ice & heat and Advil . Where should I go and what should I do . Iv fallen over walking 4 different times in the last 3 hours

I have been having lower left pelvic pain that radiates to my groin, down my upper front thigh, hip and to lower back. It gets severe after my period ends and sometimes around ovulation and can last for days. I had a Plain CT scan without contrast last June in the ER when I first had this severe pain. It came back normal. I am worried maybe it missed something ( like diverticulosis and or diverticulitis. I was wondering if a 3T MRI without contrast would be able to diagnose and or rule out diverticula and diverticulitis? I cannot tolerate the contrasts or dyes as I get nasty adverse reactions to them.

Age: 43
Female
Medications: none
Yes
General Information: I have seen sevreal doctor’s and keep getting bounced around. This issues started last June. I keep having episodes. I was told it may be gynelogical. I consulted with a gynecologist who specializes inn gyne issues and he said he could do a laprsocopy to explore. I want to be sure this lower left pain is Not being caused by something else like Diverticulosis / diverticulitis before going under the knife. I am super sensitive to chemicals in general and get nasty reactions. I have read that 3T MRI has higher resolution and can diagnose issues without the use of the dyes and contrasts. Is this true?? Would a 3T MRI be able to see diverticula and diverticulitis?

I have a tight feeling in my chest and short of breath. I’ve been having pain my chest and left shoulder and upper back as well. Sometimes I feel like I can’t move. And my arms feel weak. I’ve had nausea like I want to be sick all night. I don’t smoke or drink. I’ve had the pain two weeks but the shortness of breath and tightness in chest since yesterday. Thanks

Terrible pain in lower back. I am 36 years old woman. X ray image shows I have sacralization of L5. I need advice. What can be done to improve my condition?

Hello in 2010 I had an ultrasound after seeing a nephrologist. My right kidney measured 10×3.6 cm and my left 9.8×3.8 cm…the notation said slight increased echogenicity of both kidneys in prominent pyramids. And the impression was suggesting medical renal disease…now the nephrologist said that I had significant scarring in both kidneys. Which baffled him because my blood work was great. Now a few days ago after getting an ultrasound of my kidneys there was nothing it was all normal. And while I’m thankful I’m confused and no one seems to be able to tell me why this can occur. Can you tell me why this might be the case?

Age: 29
Female
Medications: Methotrexate, prednisone, gabapentin
General Information: I was diagnosed with fibromyalgia in 2017 and my Rheumatologist thinks I may have RA or sarcoidosis.

I have inflammation of my meso rectal fat. No evidence of Proctitis
I need a colonoscopy
What does that mean?

I would be grateful if someone could explain.

I have an intermittent low hum in my right ear only. It sometimes goes ‘on and off’ when I turn my head from side to side. It also sometimes starts if I press around my earlobe area. Sometimes it is in synch with my heartbeat and other times it is just a continuous hum. I have had my ear checked and my wax is normal levels and there is no damage to my eardrum. I am 49 yr old male.

51 yr old female diagnosed with bronchitis 5 days ago. Taking amoxicillin, tessalon perles, Proair inhaler and guiafenisen. No wheezing, chest xray was okay. Some dizziness but could be from sinus congestion. O2 sats are great during the day when up, moving and coughing. As soon as i lie down at night, drop to 96-97% but when I start to doze, i feel short of breath and my heart starts racing. O2 sat drops to 90%. Now I’m afraid to lie down and sleep.

Hello. Im female 25. I’ve had a case of optic neuritis mid June and last week i’ve had an MRI. The results say that i’ve got an unspecific character punctiform lesion suprateritorially on the right side. its a hyperintensity punctiform lesion in T2 and FLAIR. My neurologist says im just fine. Am I though?

12 days ago I had acute lower abdominal pain throughout the night, the next day i started with all over body ache, fever, loss of appetite and vomiting with extreme tiredness, this lasted for four days. During that time I did not take my usual medication, levothyroxine and the mini pill. On day 6 when still recovering from the illness I started with a heavy period (I haven’t had a period for years due to the pill I take), I assumed this was because I had missed a few days of the contraceptive pill, but I am not sure whether these two problems are linked or not. I have never experienced a period so heavy with a lot of blood clots and is as heavy now on day 7 of the period as it was on day 1. I have done a pregnancy test to check its not a miscarriage but it’s negative. I am a 40 yr old with previous history of large benign ovarian cysts which has resulted in the removal of one ovary two years ago. Any advice gratefully received.

Since 1 Month I noticed fasciculation in my calves and some very very mild cramps.
I get also twitches all over in tights, biceps triceps, eye, temple but they are rare and go away.

Actions I took (given I’ve been diagnosed with Generalized Anxiety Disorder 2 months ago):

1st week: Went to see 1st neurologist which dismissed ALS/MND from the beginning based on a quick clinical exam and as he expressed “They way I walked in”.
2nd week: Saw a board neurologist with 50 years o experience is his field which he dismissed ALS/MND as well and he didn’t even considered necessarly to do an EMG study.
3rd week: Finally found a neuro-muscular specialist with 10 years of experience which agreed to do an EMG in 3 limbs (Legs, Right hand) and a nerve conduction study.

What he told me (still waiting for a final report yet):
1. No evidence of MND , he clearly stated on a white paper for me to be re-assured.
2. He suspects a lumbar radiculopathy (I do have some pain around L4-L5)
3. A pinched ulnar nerve (light) in the right elbow (according ncs) which doesn’t bother me.
4. 3rd clinical exam without any clinical weakness or athrophy noticed by all doctors.

The reason I am experiencing this anxiety is that my DAD died of ALS in 2003.
Mom mentioned that a neurologist made a genetic test for me and he found that I have no predisposition. (But I really don’t remember if I did had the genetic test or not).
Dad was sporadic I think as nobody from it’s family had any neuro diseases in the past (He has 2 sisters and 1 brother).
Grandparents were ok.

Last doctor said no EMG is required for follow up, but if I can do a spine MRI (no contrast) In 3 months would be good albeit is nothing to worry about now.

So, finally my questions are. (Being 30 years old). (Condensing)

1. Could EMG miss ALS/PLS or any MND ? If it can, what Is the chance? ( found 2,3 cases on the internet with people which claimed they started with fascics and then weakness ).
2. Could EMG study misdiagnose?

I had a hysterectomy last year, my friends came to visit me when I returned home and we were laughing and I felt something pop, I assumed I burst some stitches. I didn’t have any pain at the time as I was taking gabapentin for capsulitis in both shoulders. I recently weaned off gabapentin and I am in severe pain and distention in my abdomen. My GP referred me for an ultrasound on my ovaries which came back clear, but I am still in agony.

I have been diagnosed with an enlarged/dilated abdominal aorta and same with inferior vena cava. Iliac veins are also noted to be aneurysmal in size (34 on left, 21 on right). I know stress could induce a rupture but could the initial dilation have been caused by stress? Male. Taking no medication.

Trying to find out what these strange “bites” or “rash” places are. Small red bumps in nearly a “V” shape. They do NOT itch. Not really any pain or anything. Maybe something viral? I have had something going on with RUQ abdomen into lower area toward hip, intermittent pain and bouts of nausea. Not sure if it could be related. The area on back of upper left arm appeared 1 day ago (a few random spots on other areas of left arm, maybe 4 other spots), area on mid/upper left back appeared today. Thought possibly shingles but again, no itching or pain. Any ideas?